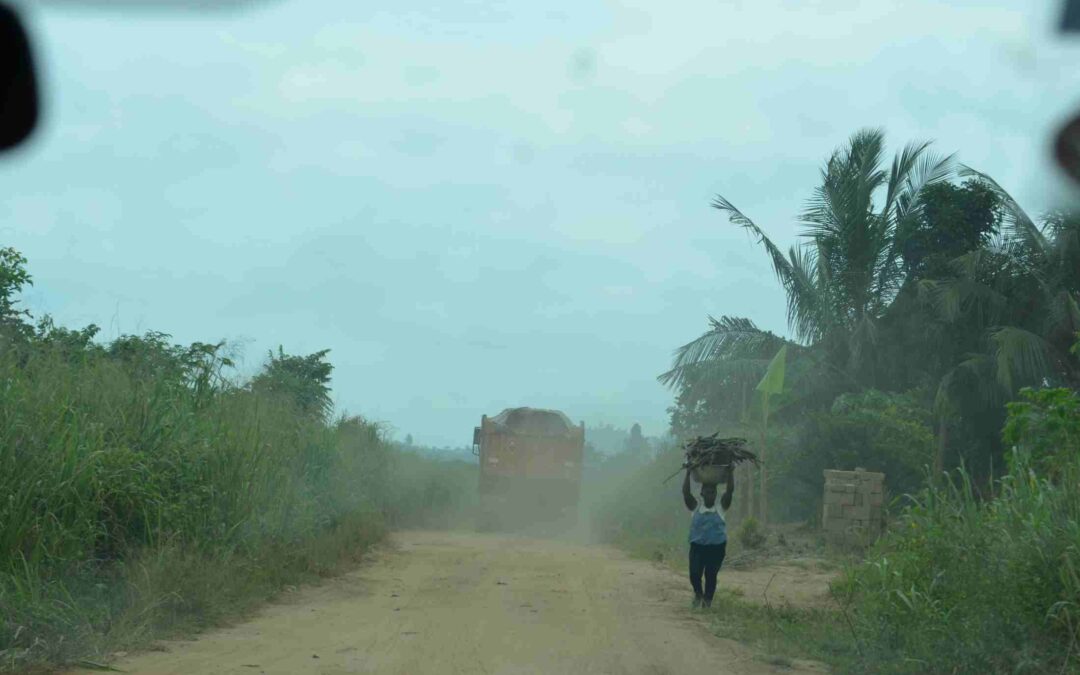 As I climbed into the back seat of our Honda CRV here in Ghana I grasped for the seatbelt. This was going to be one horrific ride. When volunteers are preparing to come for a mission, they have many fears; the food, the water, the people, the job, but when they leave they will admit that the traffic and the road were the most scary of everything they experienced. This trip would be filled with heavy traffic, really bad roads and my driver is a tro-tro driver. 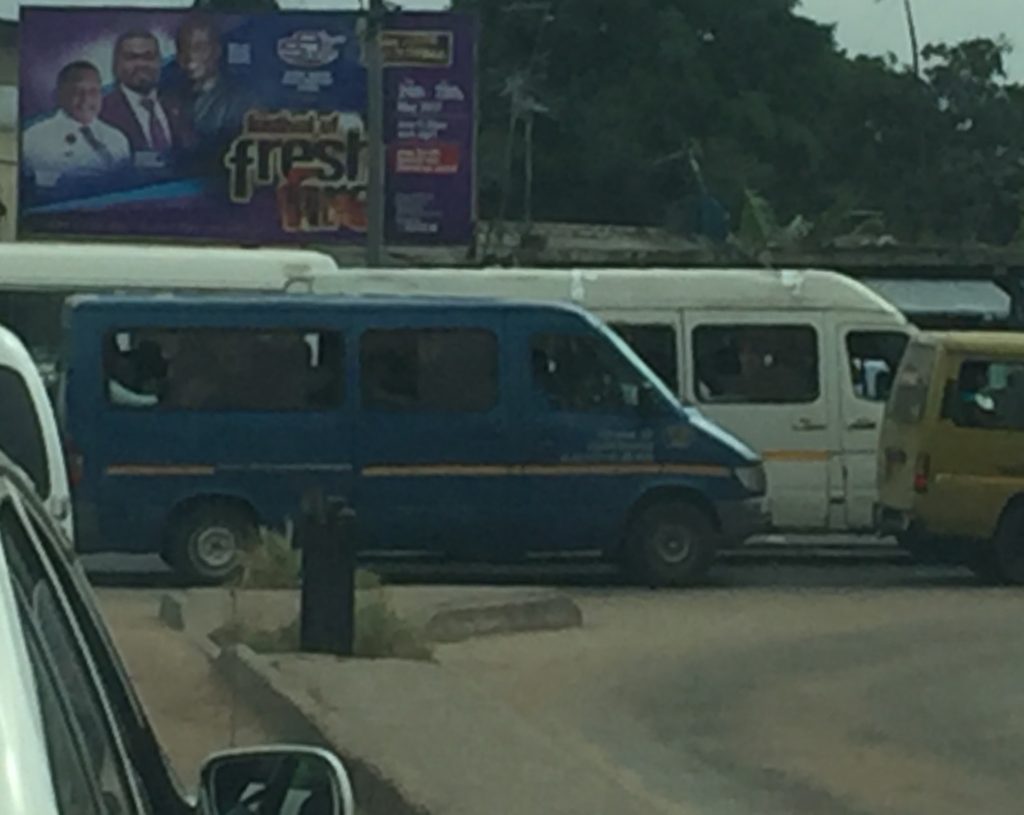 Definition of a tro-tro; a small local van made for 12-15 passengers, usually holding 25 or more, filled with everything from corn to chickens. I have even seen a goat or two in a tro-tro. The drivers must be fierce as competition is great. The second in command yells out the window to people on the street to get customers. The driver stops anywhere he wants to pick up a customer or let one off. He cuts off other drivers and loves his horn.

Mercia inserts a CD of Christian music from a group in Texas. As a worship leader, I am familiar with most of the songs. As the intro begins I recognize the tune. As I begin to sing along, “Be not afraid. I go before you always. Come follow me,” (Bob Dufford, Catholic Press), my eyes fill with tears as I realize how important those words are to me not just at this very moment but in all of my journey here in Ghana and as a non-profit leader. 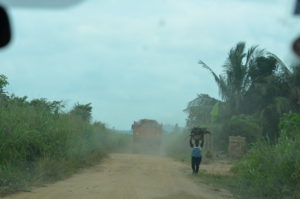 This has been a slow year financially in the non-profit sector and for Ghanaian Mothers’ Hope as well. The cost of raising funds continues to increase. Recently the government changed their structure for the Combined Federal Campaign, basically the United Way for government employees. They now charge a hefty fee to nonprofits to belong to their network. Ghanaian Mothers’ Hope also made a change in our online donation site. The new site, hosted by Network for Good, offers us the opportunity to keep our data all in one place but the payout happens once per month, unlike our old site which transferred the money into our account daily. The delay is difficult this time of year when cash is crucial to the mission.

Usually when I leave for Ghana, I am carrying all of the cash that will be needed to fund the mission. This year I left with only half of what was needed. Since I left in early July, I was expecting more donations to come in before the team leaves next week. They could carry the money but as of last Friday, no new donations had been received. I was afraid I would have to cancel our Reading Camp in Trewebo. 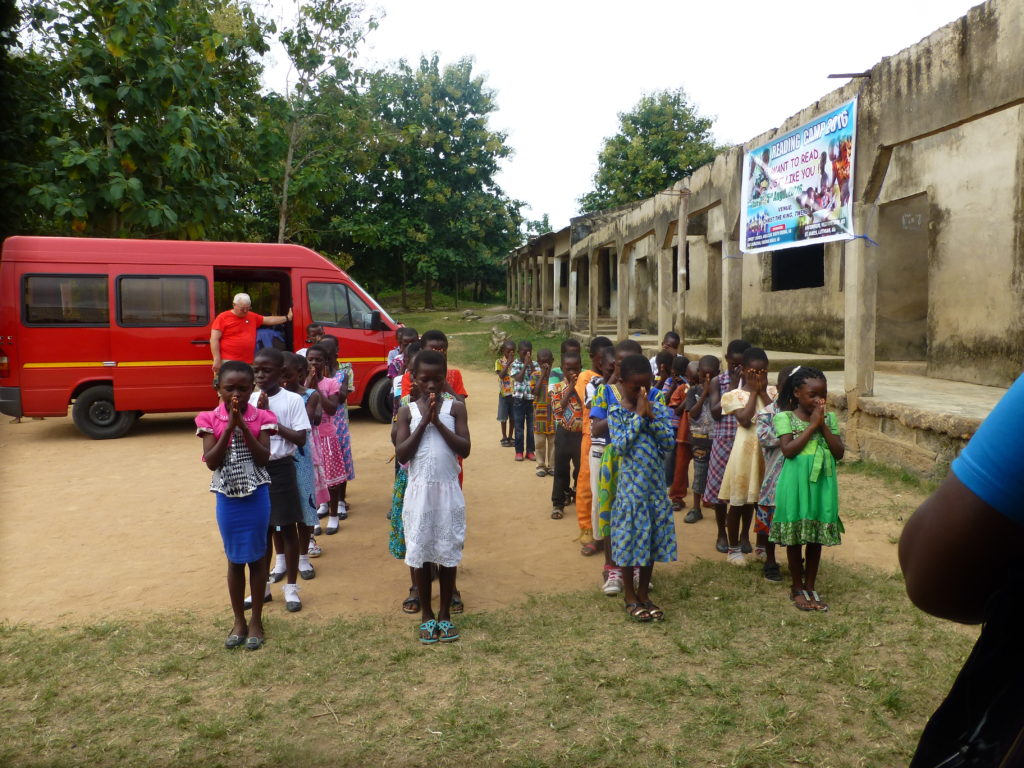 I wrote my concerns to Pastor Becki Neumann, the team leader. I felt responsible. I wrote the appeal letter. Where did I go wrong? She hoped to receive more funds from her parish the next morning. About 45 minutes later, Becki+ sent me a text “if you are awake, pray hard.”

I continued to pray until her next text arrived minutes later, “call me.” Becki+ and her husband Bruce had visited with a donor who offered to donate $5,000. “And I will give you rest.” With a sigh of relief that Trewebo would indeed have Reading Camp, I rested very well that night, just like a beautiful baby. 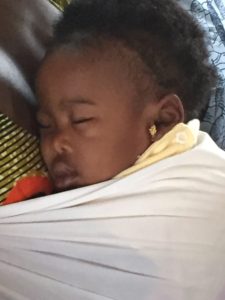 So here I am today in the car, traveling for almost two hours when we get to the very bad road. The one lane, dirt road with potholes the size of cars. Our driver needs to drive into the pothole and hope we don’t lose a bumper as he drives out the other side. Then we see a dump truck filled with sand coming towards us. I took a deep breath as the driver squeezed the car as close as he could to the field of corn on side of the road, I could feel the heat from the large tires of the truck as he inched past us. I let out my breath.

Minutes later we arrived at Trewebo village where Ghanaian Mothers’ Hope will host one of two Reading Camps in two weeks. Last year when the team arrived in the village, the school was in shambles. Two years previously a bad storm had torn off part of the roof. That part of the school had been condemned by the Ministry of Education. This is an Anglican school and it was embarrassing to think that the church had not repaired the roof. We pleaded for this school to be repaired. Today, July 17, 2017, before me was another of God’s miraculous works. 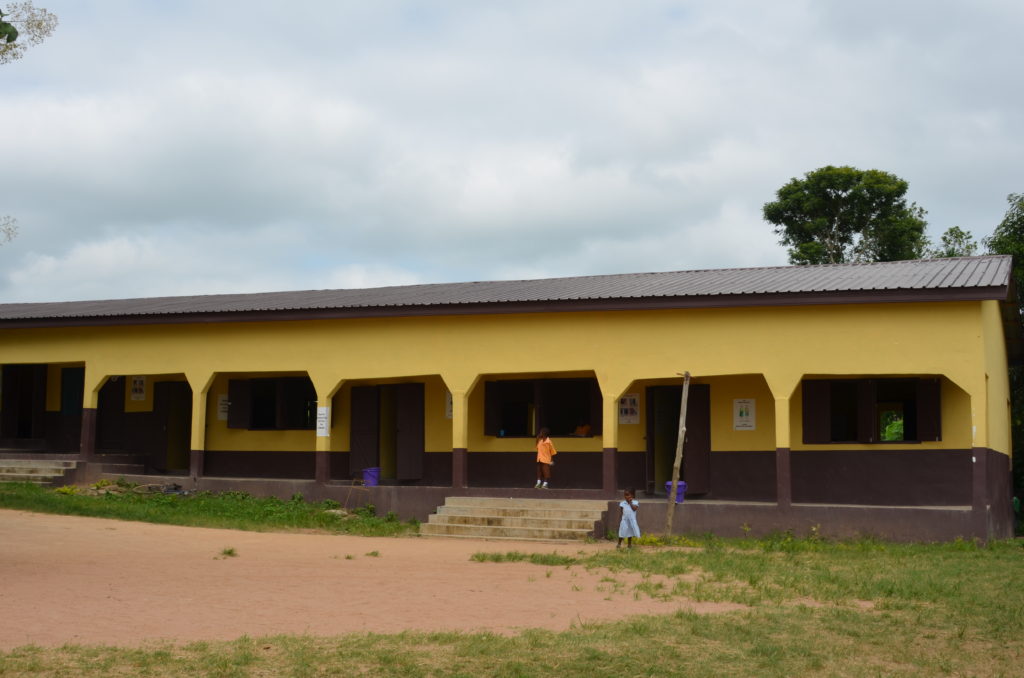 Trewebo school with a new roof and new paint